An easy access savings account allows savers immediate access to their cash. The reason these accounts are known as easy access rather than instant access is because the time taken to have the funds returned to you, varies. One provider’s easy access could mean an instant transfer of money from your savings to your nominated current account, another could take several days to send your money.

These differences can catch people out if they’ve opted for an account on the basis that they might need the money in a hurry, for example, if they need money for a house purchase and have not allowed enough time for the money to be moved.

This is just one of a number of potential pitfalls that could trip up an unsuspecting saver, as savings have become more complex over the years, even the humble easy access account!

While most easy access accounts allow as many withdrawals as you like without penalty, there are also some that will either only allow a limited number of withdrawals each year, or will only allow more than the limited number, if you accept a drop in the rate of interest being earned.

These accounts are, therefore, only appropriate for those who don’t need access to their funds very frequently. They can be a good way to get a higher return as long as you are clear on the terms and conditions and are able to plan withdrawals carefully.

Anyone not aware of this could either find that they are not allowed to get hold of their funds, or might earn a fraction of the interest they were expecting.

Rather than a bonus that you need to qualify for, it’s normally an enhanced rate for a fixed period of time – after which the rate will drop by the ‘bonus’ amount.

So, it’s important to make a diary note to review the account at that stage, and ideally move it to a better paying account.

This could be the latest version of the account being offered by the same provider, or it might mean moving the money elsewhere. But reviewing is important, as the end of the bonus rate could leave you languishing in a zombie account, paying you virtually nothing.

And look out for accounts that revert to a different, lesser paying account, at the end of a set period – whilst they don’t state that the headline rate includes a bonus, these are still essentially bonus accounts, just in disguise.

Interestingly, bonus accounts were once seen in a negative light – as a trick for providers to lure new savers in. However, recent research from the FCA states that this cliff edge drop in rate spurs more people into switching.

The banks, or course, are hoping that you will forgot to move or can’t be bothered.

Some providers have a maximum amount that can be withdrawn each day – even on closure. So, for larger balances, you’d have to make withdrawals over several days.

Therefore, if you needed all your money in a hurry, an account that restricts you in this way is really not appropriate.

Keeping active with your savings

Once you’ve opened your new account you shouldn’t simply forget about it.

A huge amount of cash savings are now being held in easy access accounts – but many people leave their money languishing in so-called savings accounts with the high street banks, paying some of the worst rates on the market.

By keeping a regular eye on the rate you are earning, you can switch it to a better paying account if it becomes uncompetitive.

Things to know when switching

Many providers launch savings accounts with the same name – but with different issue numbers – which can make it tricky to know exactly what rate of interest applies to you. The rate paid depends on when you opened your account and therefore which issue number you hold.

This is so that the banks and building societies can attract new business when required by offering eye-catching rates - but not necessarily having to pay that rate across the board.

Most of the accounts that have a number of different issues will at least make it clear which issue you have in the account name.

With easy access accounts it can be pretty simple to open the latest issue and transfer your cash from the old account to the new, but the impetus is on the saver to realise and to do this – not the provider.

Easy access savings accounts are really popular and as a result there are hundreds to choose from. But you need to choose carefully to make sure that you get the best account for your needs – as they are not all equal.

For more information or to discuss your financial situation, why not arrange a free consultation with a Financial Adviser today?

Are you ready for your financial independence? 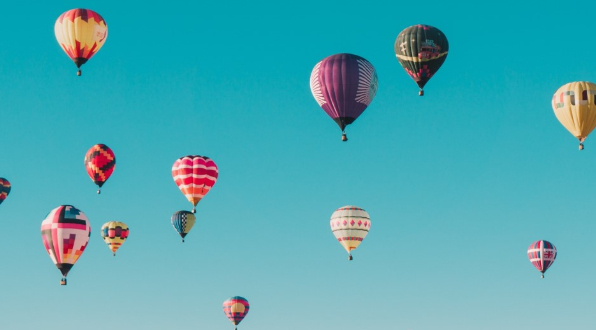 Can you afford to retire today? Do you need to save more? How much can I spend in retirement?

Estimate when you'll be financially free >

Financial advice for you

Does your financial adviser tailor their services and advice to you and your family?