What is the State Pension?

The state pension is a guaranteed income for life, given to a person when they reach retirement age. You can receive up to the amount of £9,627.80 per annum, per person, and it's increased annually by the higher of Average Earnings Growth, Consumer Prices Index (CPI), or 2.5%, known as the 'triple lock'. However, as the 'triple lock' has been suspended for 2022/23, this year the State Pension was increased by 3.1%.

Will I qualify for the new State Pension?

To qualify you need a minimum of 10 qualifying years2.

How many qualifying years do I need for a State Pension?

I have worked for more than 35 years, does that mean I am entitled to the full State Pension?

If you have been self-employed, or lived outside of the UK for a period of time, this may have affected your entitlement to a full new State Pension, or if you were “contracted-out” for any period of time.

For anyone who started their working life before 2016, eligibility to receive the full single-tier State Pension could be affected by:

In the case of point two, contributions were diverted to pension schemes at the expense of a complete Nation Insurance record (i.e. full NI was paid and then an amount rebated to the pension plan).

However, with point one, reduced National Insurance was paid and the DB scheme took on the responsibility for paying at least a minimum guaranteed level of pension.

How can I check my state pension entitlement?

A State Pension Forecast can be obtained through the following methods:

You will require the details of your Government Gateway or a verified gov.uk account.

A BR19 Form can be completed and forwarded to:

I am not entitled to the full amount, what can I do about it?

These will be either Class 2 or Class 3 depending on your individual circumstances.

Each year of voluntary contributions paid will provide you with 1/35th of the state pension, equivalent to an additional £5.29 per week (£275.08 per annum) today.

Following the introduction of the new State Pension HM Revenue and Customs has extended the scope of missed contributions which can be purchased, and will allow eligible individuals to purchase additional years dating as far back as the 2006/07 tax year. Gaps between 2006 and 2016 must be filled by 5 April 2023.

How much are voluntary National Insurance contributions?

You usually pay the current rate when you make a voluntary contribution.

This matter should not be considered in isolation. It is vital that you gain a firm grasp of how your state pension income, along with your other potential sources of income, can be efficiently used to achieve your future lifestyle aspirations.

Only then can you decide whether or not you should make the additional contributions. This would normally depend on a number of factors:

Do I need to decide now?

You have 6 years after you reach State Pension age to increase your state pension if you're a:

You can usually only pay voluntary contributions for the past 6 tax years.  The deadline is 5 April each year, i.e. you have until 5 April 2023 to make up gaps for the tax year 2015-16.

Why does my State Pension forecast make reference to a Contacted Out Pension Equivalent (COPE)?

To understand COPE it is necessary to have a basic understanding of what being contracted-out meant in relation to the National Insurance Contributions you paid during that period.

The government has recognised that if you have been contracted-out of the Additional State Pension you would have contributed less into the National Insurance system than someone with similar earnings who was not contracted-out, therefore, the amount of new State Pension that you receive will be reduced.

COPE is the deemed monetary value that is placed on benefits that you may anticipate receiving from your individual scheme or pension provider as a result of being contracted-out of the Additional State Pension. It is not a guaranteed sum.

A number of clients who have received a forecast that includes a COPE figure have commented that it is highly confusing.

It is simply provided as an indication of the additional retirement income you may receive in retirement from your Contracted Out plan.

Due to the transitional arrangements which were put in place when the State Pension changed in April 2016, it is not straightforward to assess whether you will benefit from making voluntary contributions. Some advance preparation will be necessary if you would like our help:

Step 1: Request a State Pension Forecast via the Government Gateway

Step 3: Once these records have been obtained you will need to contact the Future Pension Centre on 0800 731 0175.

This is a free phone number and an adviser will be able to tell you how many years of voluntary contributions are needed (if any) to meet the qualification requirements for receipt of a full new State Pension.

This article is based on our understanding of Government practice as at 24 March 2022. Individual entitlement will vary depending on circumstances.

1. Based on assureweb research; £9,615.24, escalation with RPI, no guarantees, paid monthly in advance

2. Those with a pre 6th April 2016 National Insurance (NI) record can potentially achieve some state pension with one year of NI and full State Pension with 30 years of NI contributions.

Preparing for your future 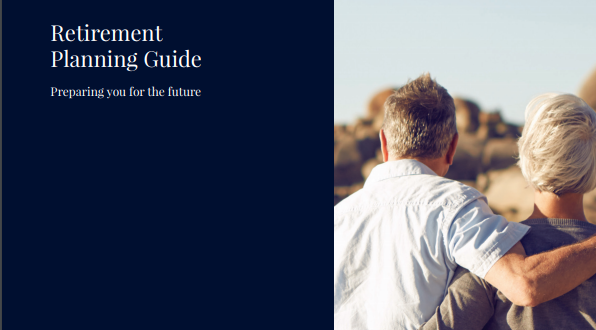 Understand what you need to consider when approaching retirement.