Are annuities coming back into fashion?

By the nineties, Government policy was starting to bring inflation under control and interest rates and gilt rates (the drivers behind annuity rates) had tumbled. Couple that with higher life expectancy and annuities were looking like a bad deal. Personal Pension holders were becoming restless and were starting to resent parting with large amounts of pension money only to get what they perceived as a derisory pension income in exchange.

Changes were afoot and, in 1995, pension drawdown was introduced. This was revolutionary and individuals could now keep their funds and draw income when they needed it (within set limits) and on death the pot could pass to the surviving spouse. After the financial crisis of 2008 interest rates (and gilt rates) plummeted  making annuities even less attractive.

By 2015 full pension flexibility was introduced and not only were unlimited withdrawals permitted with what is now known as pension freedoms (you may recall the headlines about Lamborghinis?), but the full pension pot could pass to children or other beneficiaries (free of inheritance tax). Annuities, by now, had become almost extinct and were only bought in extreme circumstances, such as impaired life or directed by court settlements which required a fixed income to be paid to a third party. But for your average pension holder, when confronted with annuity rates v income drawdown, the typical response would be “Why on earth would I buy an annuity at those rates?”.

Was this the death of annuities?

Was this it? Was this the death of the annuity as we knew it? After all, annuities do possess some characteristics which, undeniably, are attractive. They represent guaranteed income for life. They aren’t reliant on investment risk. But before we close the coffin lid, surely we need to think about these things carefully?

In recent months there have been stirrings! The annuity corpse has been twitching, revived by increases in gilt rates. Some reports have pointed out that you can get far more for your money now than you could a year ago. Are annuities due a renaissance?

A 60 year old male or female can receive a guaranteed annual income of £4,135.

But if you are married or in a partnership, you probably want your partner to receive an income should you die prematurely. So, this reduces the annual income to £3,490.

But what about inflation? It’s on the rise so what happens if we include index linking? You guessed it, the rate now becomes a distinctly stingy looking, £1,620 a year (gross).

Is this worth it? What would happen if you elected to put your £100,000 into a pension drawdown pot instead and took £1,620 out every year, increasing in line with inflation (let’s assume inflation at 2% a year, the Government target). Let’s also assume that you don’t take any risk at all with your money and leave it in cash earning nothing, how long would it last? The answer is 40 years. This still seems like a bit of a no brainer, especially if we take the view that, not unreasonably, there will be growth within the pension pot if it is invested. What if inflation is double this, say at 4% a year? In this case the pot would last you for 31 years. This is starting to sound a bit more worrying as it becomes clear that you need to invest the money to keep up with inflation. And if inflation were to continue rising, as it is, and hit, let’s say, 6% a year? In this scenario your money would run out in just over 26 years.

In reality, though, no one who does go into a pension drawdown leaves it all in cash, and you would hope that investments would keep up with inflation (at least) in the future, although of course, no one can guarantee this.

Are annuity rates on the up?

So, what are we left with? Inflation may or may not be coming back but even if it does, it seems unlikely that we are in for a repeat of the dark days (literally) of the 1970s and so it is unlikely that annuity rates are going to be as attractive as they were in 1979. Even if they do go much higher than most experts think they will, the result will be that an inflation linked annuity will be expensive too. An insurance company will offer an index linked annuity based on what they think long term inflation will be and if that is going to be high, then don’t expect an attractive rate on an RPI (inflation) linked annuity. Level annuities in a high inflationary world look, on the face of it, attractive but, as we saw with the 1979 example above, it is illusory as we are buying a fast-eroding income.

Income drawdown is still looking attractive when compared to annuity rates but the message is clear that you need to accept the fact that it has to be invested wisely. If it is left in cash and inflation hits the heights of 1979, your pension pot will erode faster than you can say three-day week.

If you’d like to talk to an expert about your own pension planning, whether you’re still building up your pension pot or you're approaching retirement and thinking about the ways to produce an income, why not get in touch for a free initial review and see if we can help. Alternatively, why not sign up for our free video webinar here to see how you can find out more about the pension and retirement options that may be open to you?

Please note: Investments and the income derived from them can fall as well as rise and you may get back less than you originally invested. Past performance is not a guide to future returns. 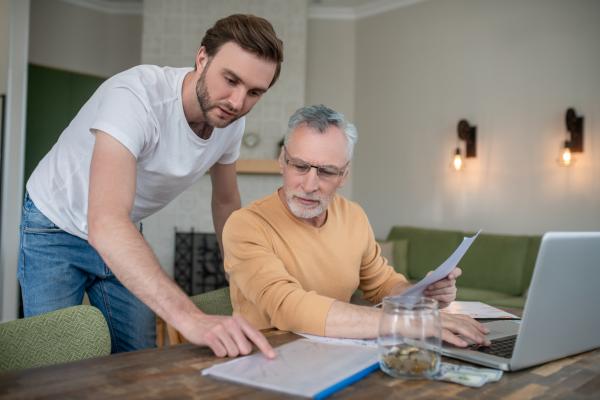