Continued freeze on allowances is costing us all

We find ourselves more than a year on after the announcements made by the then-Chancellor, Rishi Sunak, in his 2021 Spring Budget to freeze tax thresholds and allowances. So now feels like as good a time as any to revaluate how the Chancellor’s decision has already begun to cost us all.

A year ago, TPO published an initial response to the 2021 Spring Budget, acknowledging the Chancellor’s clever move to benefit from more taxpayer money without directly putting up tax rates or cutting thresholds. And whilst it may have been hailed a clever move in a politically challenging environment, after a year living in the tax-threshold and allowance frozen climate we can see that the policy has been even more rewarding for the Treasury than it may have initially been anticipated.

The reality of a tax freeze on allowances means that in the long run we all end up paying more tax than we would have done before the freeze took place, and in fact we still have many years of pain to work through. It’s not known but we suspect that not many people, even some of those in the Treasury, could have anticipated just how quickly returns for HMRC would start to be seen. Typically, we have seen many tax thresholds increase year on year to account for rising inflation, increasing wages, and rising property values, but because of the freeze, increases in tax receipts have happened whilst tax free allowances have remained as they were. And the Treasury reaps the benefits. If you haven’t read the full details in our article from last year, here’s a refresh on how the freeze on tax allowances could cost you, and what the tax freeze means for your finances over the next four years:

This is what the income tax thresholds will look like for the next four tax years:

Soaring inflation is nearing double digits as we deal with many external factors such as the war in Ukraine and trading struggles from Brexit regulations. And whilst we witness the highest inflation rate in 40 years, the Treasury is forecasting earnings of an additional £8 billion in tax receipts compared to what they would have received if thresholds had increased in line with inflation. This tactic by the Treasury, to pocket more as wages rise with inflation, is known as ‘fiscal drag’ and it’s going to cost taxpayers more each year.

Estimated by the Institute for Fiscal Studies, 1.3 million people who did not pay any tax are now due to become taxpayers. This will be a hit for low-income earners who, if the thresholds had increased in line with inflation, wouldn’t have to worry about losing a portion of their income - which they now will.

On the other end of the scale, you could currently earn £50,000 a year and are therefore currently a basic rate taxpayer. You then receive a promotion, and your company has decided to increase your salary by £5,000, so you now earn £55,000, meaning you will now be subjected to higher rate tax at 40% on a part of your income. If the higher rate threshold of £50,000 had continued to rise in line with inflation at our example level of 2.5% over the next four years, the tax you would pay on a £55,000 salary would be £4,501 in total up to and including the 2025/26 tax year, compared to the £9,460 you will end up having paid whilst the threshold remains frozen. This results in you paying more than double the amount of tax you would have by the time the tax freeze ends.

The Pensions Lifetime Allowance (LTA) is a cap on the value of your total pension pots, excluding your state pension, before extra tax charges must be paid.

The maximum amount you can have in a pension before you get taxed is currently £1,073,100, a level that has been frozen until April 2026. It was due to rise each year in line with inflation, with modest projections placing the LTA at £1.2million by 2025-26.

The freeze has therefore enforced a ceiling on accruing benefits tax efficiently for the next five years for those affected by the LTA, or likely to be. To put this into context let's look at an example. Given the projection above, if your pension fund is worth £1.2 million in five years' time £126,900 worth of the pension fund would sit above the frozen LTA and be subject to an LTA tax charge. When you exceed the threshold, you pay a tax charge of up to 55% should you take the pension benefits as a lump sum. Should you take an income rather than a lump sum you pay a charge of 25%. Therefore, if that money were taken as a lump sum you could have a tax liability of £69,795, an amount you may not have had to pay at all had the threshold risen with inflation.

This makes it particularly important that you understand where your pensions stand today and how they are positioned for the future. Steps can be taken to mitigate any lifetime allowance liability and for this reason it’s important not to see the threshold as a limit to how much you save, so it is important to discuss your options now with your financial adviser.

The current nil rate band (NRB) for assets to be passed down free of Inheritance Tax (IHT) when you die has been at £325,000 since 2009/10, so there’s no surprise that it is set to remain there until April 2026 as part of the Chancellors freeze on allowances. The residence nil rate band (RNRB), which only applies to your main residence when passing down to direct descendants (children or grandchildren), was due to increase in line with inflation (CPI), however it is now also frozen at £175,000 until 2026. This is on top of your standard NRB, for those eligible to use the RNRB.

This means that for the next four years a single person can potentially pass on up to £500,000 without an inheritance tax liability whilst a married couple or those in a civil partnership can potentially pass on £1,000,000. However, the freeze outlines two facts, people with an existing IHT liability on their estate will see that liability increase as their estate grows and some individuals will see their estate grow above the frozen thresholds even with modest growth assumptions over the next four years.

The issue with the freeze on IHT allowances is similar to that on income tax, because it is not accounting for surging house prices that will rise whilst the threshold is frozen. As the IHT threshold has not been increased since 2009/10, according to the Halifax house price index, the average house value in March 2009 was just £154,452, compared to March 2022 where it was £278,436. Yet, as we have mentioned, we have seen no increase to the IHT threshold in that time, and now we know we won’t see any increase in the threshold for at least another four years. In the last four years we saw a surge in house prices; in March 2018 they averaged £223,772, a 24% increase. If prices were to increase at the same rate for the next four years, when the tax freeze ends, the average house price would be £345,261. Meaning more people each year will have an estate over the £325,000 threshold and may then have to pay 40% tax on anything above that level.

It is important therefore to know that with the right planning and financial advice there are things you can do today that will help mitigate the need to pay Inheritance Tax on your estate. From as simple as spending more money to insuring against the tax liability, your financial adviser can take you through these and other steps that may be suitable given your circumstances.

How we can help

If you are concerned about how the freeze on allowances may affect your financial future, why not get in touch with us and arrange a free consultation today.

Please note: The Financial Conduct Authority (FCA) does not regulate cash flow planning, estate planning, tax or trust advice. The contents of this article are based on our understanding of HMRC legislation, which is subject to change. This article is for information purposes only and does not constitute individual advice. 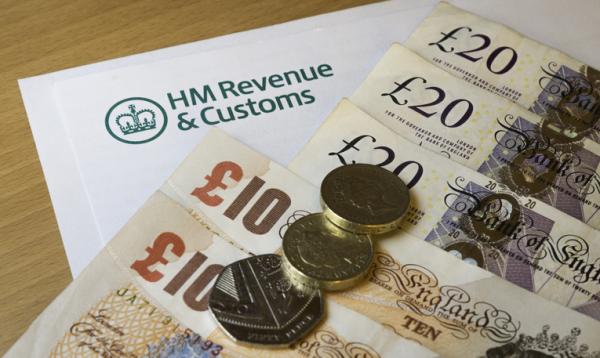