Savers continue to be let down by the big banks

Further to two base rate increases, firstly in December last year and then in February 2022, the Bank of England base rate has recovered somewhat from its record low level of 0.1%, to its current level of 0.5%. But these moves have been made as inflation continues to soar, reaching 5.5% in January 2022.

As a result, savers are struggling to make their cash keep up with the cost of living – in fact there are currently no cash savings accounts paying anything like 5.5%, so cash savers are effectively losing money in real terms and so need all the help they can get.

With this recent movement in the base rate, you would hope that the banks and building societies would be quick to support their long-suffering savings customers, but unfortunately in many cases, this is simply not true. At the time of writing, just 23% of existing variable savings accounts have seen any rise at all – and the majority of these are by no means by the full 0.15% initial base rate rise from December 2021, never mind the latest 0.25% announcement in February 2022.

So far, it would be fair to say that high street bank customers, in particular, will be feeling let down as there has been little or no information from our biggest savings providers about what they are planning to offer their savers.

Although it must be noted that all the main high street providers have increased their Standard Variable Rate mortgages, only Barclays and HSBC have announced their savings rate plans – and as expected what little they are doing is disappointing.

This change happened in January, after the initial base rate rise – we’ve heard nothing more since. And the Bank’s easy access Everyday Saver is still paying 0.01% - that means savers with £10,000 in the account are earning just £1 in interest per year! And that’s before inflation which diminishes further what you’re then earning in real terms.

HSBC has finally announced that it will be making changes to its variable accounts that are currently available to open, from 1st March, but this doesn't appear to take into account the  base rate rise in December too. The increases they will be passing on in March range from 0.09% to 0.25%. The base rate has increased by 0.40% since December.

The easy access Flexible Saver and Premier Savings accounts will still only be paying 0.10% gross/AER after the hike.

Even NS&I is showing up the high street banks

The state-owned bank, NS&I, raised the rates on all its variable rate accounts after the December base rate increase and it has been quick to make another hike to the popular Direct Saver and Income Bonds easy access accounts following the latest news from the Bank of England. These two accounts are now both paying 0.50% AER, which whilst not market leading is certainly competitive given that all the money deposited is protected by HM Treasury – good news for those with large amounts as you can deposit up to £2m in Direct Saver and £1m into the Income Bonds account.

Which providers have been playing fair and supporting savers?

There has been some really good behaviour which deserves a mention. Recognise Bank was the first out of the blocks, both after the December rate rise and following the latest increase and has confirmed that it has passed on the full 0.40% to all customers (with the exception of those in the 3rd Issue of the 95 Day Notice Account, who didn’t see a rise after the December move as the account had been launched just days earlier).

Tesco Bank also passed on the full 0.15% after the initial base rate rise in December which means that some of its Internet Saver customers are earning market leading rates of as much as 0.84% (those who opened the account between 3rd and 16th December last year). That said, the majority are now earning 0.25% AER so better can now be found elsewhere. Although let’s see if Tesco passes on this latest 0.25% increase as well!

The other good providers to have passed on most or the full December rise are mainly building societies – Skipton, Principality, Newcastle, Suffolk, Stafford Railway, Bath, Swansea, Bucks and Yorkshire Building Societies, to name a few.

And Atom Bank also increased the rate for all its Instant Saver customers by 0.15% after the first rise – let’s hope they do the right thing again.

Not all building societies are good

Unfortunately, there are a couple of key building societies that don’t make it onto the ‘good’ list – not yet at least. Nationwide raised rates on just a handful of accounts, whilst leaving almost all closed accounts (for existing customers) without a boost – many of which are paying 0.01% to 0.05%. And we’re yet to hear what Coventry Building Society plans to do after the 1st base rate rise, never mind the 2nd!

With inflation at 5.5% and expected to continue soaring, cash savers are losing money in real terms regardless of when they do. But shopping around and choosing the best rates they can, at least mitigates some of the damage. Even if you have cash with one of the providers who have reacted to the base rate, it's worth checking the rate you are now earning as you might still be able to earn more elsewhere.

With more base rate rises on the cards, we should see more rates increasing so it’s time to take a little more notice in how your savings provider is treating you.

Whatever you do, don’t leave your money with the high street banks unless there is a sudden change in their approach to savers. Not only have they so far not really given us an inkling of what they intend to do, they currently pay some of the worst rates and that’s unlikely to change. Choose a provider who is willing to woo you!

If you’re holding large amounts in cash and are concerned about losing money in real terms, why not get in touch and see if we can help. From improving your cash rates through SavingsChampion.co.uk, to seeing if we can look at alternative options to improve you returns. We’re offering all those with £100,000 or more in savings, pensions or investments a free review worth £500. Contact us here.

Please note: This article is intended for general information only, it does not constitute individual advice and should not be used to inform financial decisions. The value of your investments and the income from them can go down as well as up. 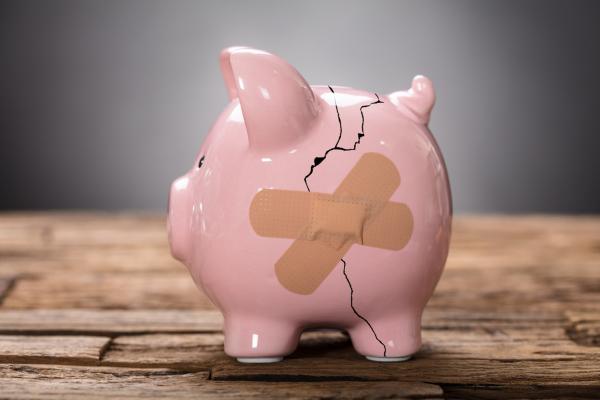