DIY Divorces – are pensions being overlooked?

The increasing popularity of ‘DIY’ and ‘no-fault’ divorces are putting divorcees at risk of having their finances split unfairly, in particular pensions, with women the most likely to miss out.

Ministry of Justice figures show that applications for pension sharing orders are down 35% in the four years to 2021. And further to a change to the Divorce, Dissolution and Separation Act 2020, which came into force in April this year to allow ‘no-fault’ divorce, there has been a spike in the number of these divorces which is likely to further exacerbate the problem.

The new ruling that came earlier this year allows couples to file a ‘no-fault’ divorce, which means that there is no need for separating couples to apportion blame, which, according to the government, will help them to ‘focus on key practical decisions involving children or their finances.’

What are DIY divorces?

A DIY or ‘do it yourself’ divorce means that a couple prepares and submits their legal divorce paperwork and martial agreement on their own, without the help of professional legal representatives.

Since 2018, it has been possible for couples to conduct legal proceedings for a divorce themselves, cutting out the need for expensive lawyer fees. Going down the DIY route also has a time advantage, generally taking only a few months for couples that are happy with the financial settlement.

Although DIY divorces are convenient and time-saving, the figures show that women are particularly vulnerable to getting an unfair split when it comes to pension sharing.

Research from the University of Manchester Institute for Collaborative Research on Ageing found that divorced men aged between 55 and 65 years old had, on average, five times more in pensions savings than divorced women in the same age bracket.

Of the divorced men in this age group, those that were non-cohabiting had an average of £100,000 in pensions savings compared with divorced women from the same age group that had an average just £19,000.

What can you do about it?

It’s easy to overlook pensions during a DIY divorce. Pensions can seem daunting and overly complicated but including pension considerations is crucial for anyone who wants a fair split for both parties.

A Which? Survey carried out in May this year with 948 divorced participants, found that a worrying 71% of respondents did not include pensions in their financial settlement.

According to pension sharing orders, the spouse with the greater value of pension savings must give a proportion of their pension pot to their ex-partner. So, leaving this important step out could prove to be financially disastrous for one of the divorcing couple.

“If you are facing the end of your marriage or civil partnership it is important not to overlook pensions. Divorce is one of the most stressful and painful times people go through. Adding pensions into the mix can be daunting, but not dealing with pensions can be a huge mistake,” said Andrew Tully, technical director at Canada Life.

On average, divorce proceedings in England and Wales takes 4-6 months. The process of splitting marital assets can throw your financial plans and investment arrangements into uncertainty. If you wait for your settlement, it can be too late to make sure you get the best outcome.

Divorces can be incredibly taxing on your mental and financial wellbeing. That’s why engaging with a financial adviser early on in the divorce process is essential for guaranteeing that all financially related assets are divided equally and fairly. If you want to find out more, you can read about the specialist services we offer in divorce financial planning. Alternatively, why not give us a call on 0333 323 9065 or book a free non-committal initial consultation with one of our chartered advisers to find out how we can help.

Please note: A pension is a form of investment. The value of investments can fall as well as rise, you may not get back what you originally invested. 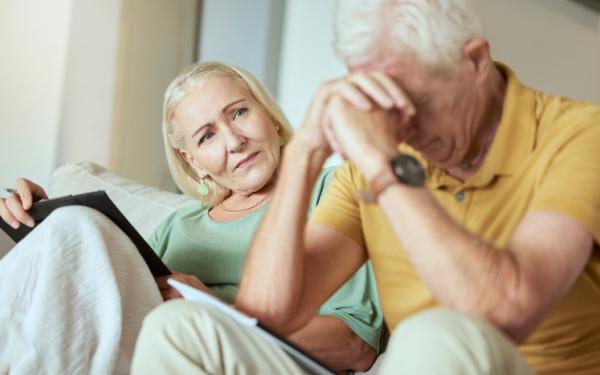