Clamping down on promoters of tax-avoidance

The Government has introduced new legislation to clamp down on promoters of tax avoidance. This includes the publication by HMRC of information about tax avoidance schemes. HMRC’s guidance is intended to help people understand this measure and how this will be applied in practice. Information regarding penalties for facilitating avoidance schemes involving non-resident promoters has been added

The new legislation in Part 6 of the Finance Act 2022 will enable HMRC to publish details of schemes they suspect to be tax avoidance schemes and to name suspected promoters of such schemes at an earlier stage than previously possible. It will also allow HMRC to challenge misleading information that promoters of tax avoidance communicate to taxpayers and release into the public domain.

This new guidance is based on legislation contained in Finance Act 2022 which introduces a new penalty applicable to UK-based entities who facilitate tax avoidance schemes involving non-resident promoters. The penalty can be for an amount up to 100% of the total fees, or the amounts which are the economic equivalent of fees, received by all entities involved in the promotion of that avoidance scheme. This would include fees paid directly to the non-resident promoter, together with fees paid to any other entities or persons who form part of the promotion structure for the scheme.

It is more difficult for HMRC to investigate avoidance involving offshore promoters and to challenge the behaviours of the persons involved because complex offshore enquiries take much longer and require far more resource than equivalent UK cases.

A penalty for facilitating an avoidance scheme involving a non-resident promoter (referred to as a ‘further’ penalty) is chargeable on a UK person where the UK person:

However, there are legitimate investment schemes available which can help eligible UK residents mitigate Income Tax and Inheritance Tax, as well as defer Capital Gains Tax, including VCT’s EIS and Business Relief Qualifying investments, all of which are accepted by HMRC.

It is vitally important that advice is taken from a suitably qualified independent firm of advisers who have robust due diligence processes in place before investing in such schemes. For more details on these kinds of investment schemes, read our Alternative Investing Guide.

Please note: Investment performance can go down as well as up. Investing in these types of businesses is not suitable for everyone due to the increased potential for you to lose your capital and the Financial Services Regulator, The Financial Conduct Authority (FCA), has strict rules in place which must be followed. 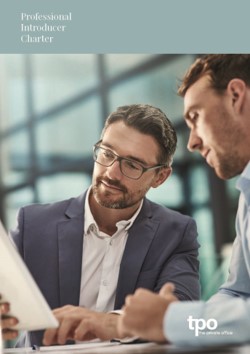