The last two years have demonstrated that there is no such thing as normality in the investment markets. The pandemic caused the global economy to shut down which was exacerbated by Russia’s invasion of Ukraine. Add into the mix the escalating threat of China invading Taiwan and rising interest rates, it becomes clear that investors have been kept on their toes.

In times like these, it's prudent to take a step back and evaluate one's portfolio and investments in the context of the broader market.

With the GameStop episode last year, we saw a group of day traders take on Wall Street. Cryptocurrency as an asset class tripled in market capitalisation, and financial innovation (depending on your point of view) took a step forward with the release of Non-fungible tokens (NFTs) and the widespread use of Special Purpose Acquisition Companies (SPACs). In hindsight, these were bellwethers of market exuberance, and with the gradual reopening of the global economy and massive stimulus packages from Central Banks and Governments, there was a sense of optimism.  This was evidenced by market performance in 2021, which was stellar when compared to the headlines we saw at the time.

Taking these factors into account, this period of uncertainty has had a significant impact on financial assets, with only three asset classes posting positive returns this year. 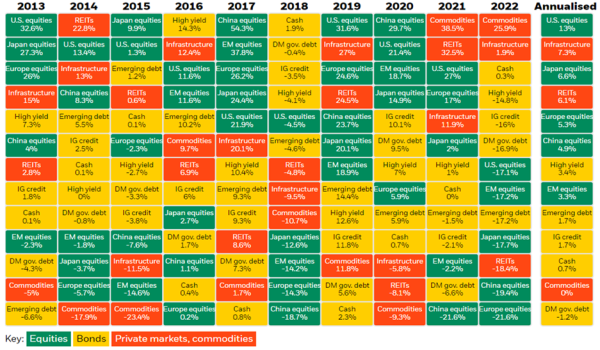 Commodities, such as oil and gas, have seen significant price increases due to supply-side constraints but also, increased demand as the global economy reopened. The renewable energy theme also continues to have an impact as lithium which is a key component in the making of electric vehicle batteries has increased markedly in price.

Infrastructure has benefitted from firstly, the inflation hedge provided by this asset class and secondly, being linked to the renewable energy theme. Furthermore, the prospect of government fiscal stimulus measures is another tailwind. During periods of low economic growth and high unemployment, governments can use public projects such as infrastructure to stimulate growth and increase labour participation.

Finally, we have cash, which has a negative real return but a positive nominal return due to rising interest rates.
Aside from these three asset classes, most major assets have fallen by double digits year to date. This alone demonstrates market volatility, but it becomes even more pronounced when you consider that the performance of asset classes is similar, with High Yield bonds and Developed Market Government bonds trading within 2% of one another. Similarly, the worst performing asset class in equities is European equities, which have fallen 22%, and the 'best' performing asset class is US equities, which have fallen 17%.

The high-to-low of growth assets in the last two years is 40% and when confronted with this type of number it is always useful to compare this with how your portfolio and investments are performing. 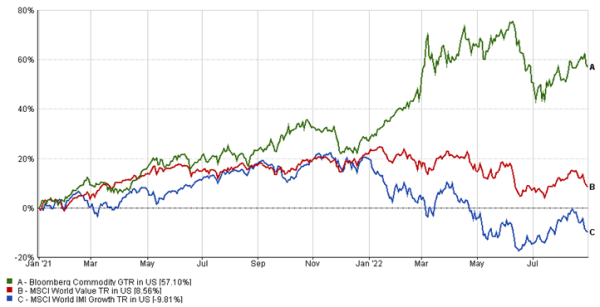 These types of movements indicate that the market is being driven by emotion rather than a fundamental assessment of an asset's value. This can be an unsettling situation for investors, and while there are risks to be aware of, indiscriminate selling can be an opportunity for long-term investors. In a  clichéd way, figuratively closing one's eyes and imagining what the world will look like in 10 years' time can be a useful exercise. For example, do you still see people using Amazon for their day-to-day shopping needs, will Microsoft remain a key company in a digital world, and will Disney continue to dominate the entertainment industry with the commoditisation of films, theme parks and cruises?

Looking at current valuations is less abstract than looking to the future. Bond yields are approaching a decade high.

It is not too far-fetched to imagine a scenario in which growth slows further and investors resume their interest in bonds. Remember, if you expect the issuer to pay you the par value, for example £100, then buying a bond at £85 now instead of £90 could result in a higher capital return as well as a higher relative yield.  Perhaps dips in value are a buying opportunity!

Similarly, the fall in equities we have seen is not dissimilar to the falls seen during the Global Financial Crisis. As previously stated, there is little regional variation, each major equity index has fallen and is now trading in line with long-term averages.

What can investors do?

In times like this, there are no secret strategies to be used nor is there a single asset class that will offer the benefits of insulating you fully from losses whilst offering the potential for return. The strategy which has proven to be most effective is to invest in a diversified portfolio of assets which (depending on your risk profile) includes the use of equities, bonds and alternative investments.  Perhaps investing whilst things don’t appear to be normal will appear a good idea when we return to normality, whatever and whenever that is!

In summary, remember why you invested in the first instance and what your long-term objectives are. If you are in any doubt, please seek financial advice. 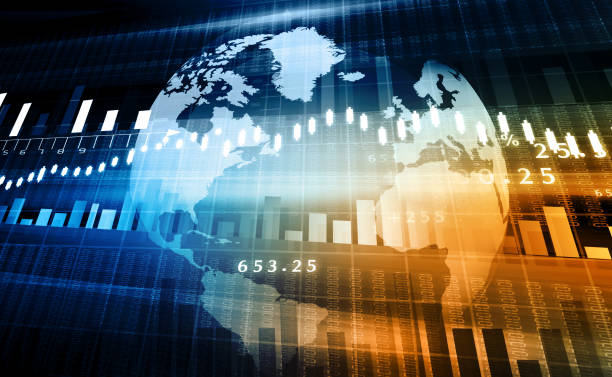