Unless you have been living under a rock, you will be well aware of the cost of living crisis that has been rapidly unfolding in the UK – and across many parts of the world – this year.

You might also be aware that in order to try and control inflation, the Bank of England’s Monetary Policy Committee (MPC) has voted to raise the Base Rate in the last six committee meetings – so the base rate has increased from a record low level of 0.10% to its current level of 1.75% since December last year; a level that we have not seen for 14 years. And it’s likely that there could be far more to come.

The silver lining is that savings rates are becoming interesting again with some of the best rates rising at least four-fold. At the time of writing, the best 1-year fixed rates have risen from a low of 0.58% to 3.32% AER – an increase of almost 500%! And even better rates are expected to come.

As every financial planning journey starts with cash, given we should all hold at least some of our money in accessible cash accounts, let’s look at what’s been going on in the savings market and see what might be around the corner.

What is the Base Rate

The UK base rate – also referred to as the ‘Bank Rate’ or even just ‘the interest rate’ is set by the Bank of England’s Monetary Policy Committee (MPC) and is one of the key tools used to help meet the Government’s inflation target.

The base rate is the rate that a central bank, such as the Bank of England, pays to commercial banks who deposit money with them. As a result, it should influence the rate that those banks charge their customers who borrow from them, and in turn also influence the interest rates that they pay to their savers. Although of course it’s not as straightforward as that. We’ll come onto that later.

A change in the base rate can affect people’s spending habits – which can influence how much things cost – AKA inflation. If the Bank of England lowers the base rate, this tends to lead to an increase in spending, as borrowing costs such as mortgages, credit cards and loans come down and it’s less rewarding to save as savings rates fall. As interest rates rise, as we’re seeing now, our borrowing costs increase which may restrict our ability to spend which in turn reduces inflation. So our spending habits affect inflation. If more people are buying items, then it can push prices up, especially if there is limited stock. If they are buying less, then this can bring prices down as there is more stock and less demand.

What has been happening to savings rates

Just prior to the first Covid-19 lockdown in the UK in March 2020, the MPC cut the base rate twice, dropping it from 0.75% to 0.10% - an all-time low. And clearly this had an impact on savings rates. Most savings providers are often quick to pass on base rate cuts – even though they tend to be far more reluctant to increase rates when the base rate rises.

Savings rates across the board fell, for both new and existing savers – and reached a low point in early 2021. As mentioned above, in March that year, the best 1-year fixed rate bond was paying just 0.58%.

Fast forward 18 months and with inflation spiralling upwards, we’ve had a series of base rate increases and in turn competition between key providers who are battling it out to raise money from savers. This has seen best buy savings rates climb to a ten year high.

However, savers need to be aware of the ravaging effects of inflation. That said now could be a very good time to review your cash savings, to see just how much more interest you could be earning to keep the inflation wolf from the door.

How does inflation effect cash savings?

Inflation as measured by the Consumer Prices Index (CPI) has remained high for months now and the latest announcement by the Office for National Statistics confirmed that inflation for the 12 months to August 2022 was 9.9%.

Inflation is a silent killer for savers, as although your deposit is secure and won’t fall in value, if the interest you earn is less than the rising cost of living, your spending power is becoming less and less, meaning that you may need to dip into your savings in order to continue to maintain your standard of living.

See our inflation calculator below for an illustration of how your spending power can be eroded.

If you switch to an account paying a more competitive rate, whilst this won’t eradicate the problem, it can reduce it.

This clearly illustrates why keeping your cash in the best accounts is so important.

A staggering £304bn is sitting in savings accounts paying 0.10% or less (according to data from consultancy firm CACI) and a further £265.5bn in non-interest-bearing current accounts* so it seems that many people haven’t got the memo!

The chart below tracks CPI (inflation) compared to the best savings rates available over the last 10 years.

The black line in the chart below shows how CPI has changed over the last 10 years and it’s startling to see just how fast it has risen in the last year. Unfortunately, the chart also indicates that although best buy saving rates have also increased recently, it’s an understatement to say that they are not keeping up with inflation.

What can I do to protect my savings?

Although there are simply no savings rates that currently come anywhere close to beating, or even matching inflation, there are some simple steps you can take to at least try to mitigate the damage.

For many years now, the high street banks have paid some of the worst savings rates to their long-suffering customers. And true to form, in the main they have increased rates by as little as possible over recent months.

And although Santander does have its internet based eSaver account which pays a healthier rate of 0.75%, those customers who are in the standard Everyday Saver account are only earning 0.10% - that is £10 on every £10,000 deposited.

It’s time to stop rewarding the high street banks for their shoddy behaviour – vote with your feet and move your cash to a provider that is prepared to pay more interest.

Fixed Rate Bonds have really been going from strength to strength and the best rates on the market are the highest they have been for many years.

As the name suggests, a fixed rate bond is a savings account that you put your cash into for a predetermined period of time and receive a fixed rate of interest for the term.

Most fixed rate bonds don’t allow access at any point until the bond matures, except on death. As a result of this lack of access, fixed rate bonds will normally pay more interest than easy access or notice accounts and are therefore popular with savers and the providers alike.

Although savings accounts across the board have been rising due to the multiple increases in the Bank of England base rate, fixed term bonds have seen some really startling increases, especially among the shorter term bonds, where competition has been fierce!

Those who took out a 1-year fixed term account a year ago could have earned a maximum of 1.50% AER - £150 for each £10,000 deposited. Those savers with bonds maturing are likely to be delighted to find that the rate they could earn on a 1-year bond today has more than doubled to 3.32% - that means earning £332 over the next 12 months.

Over two years, the news is equally as positive. Anyone with a 2-year bond maturing now is in for a nice surprise. If you had opened a 2-year bond in September 2020, the top rate you could have found was 1.31%. If you are looking to roll over that cash for another 2 years, you can earn as much as 3.55% AER.

Long may this continue – although as it is often the case that the battle can cease as suddenly as it started, if you see something attractive, it probably makes sense to crack on and open it, or you could miss out.

What happens if rates continue to rise?

With things changing all the time, there is always the concern that if you lock into a fixed rate bond today, you might be missing out on better rates tomorrow. And that is a risk you may have to take. If you are always waiting to see if something better might come along, while leaving your cash to languish in a poorer paying account in the meantime, then you will always be missing out on earning that little bit more.

One option, to try and hedge your bets, is to split your cash - putting some into fixed term, higher paying accounts now and keeping some aside in an accessible but best paying easy access or notice account to take advantage of the opportunity of higher rates if they come along.

Of course, if you’re worried about rising inflation and think you might be holding too much in cash, there may be other options. Equally if you’re concerned about your investment performance and thinking of pulling your money out and putting it into cash, it’s vital to seek expert advice before making any rash decisions. We’re currently offering all those with £100,000 or more in savings, investments or pensions a free financial planning review with one of our financial advisers, worth £500. You can find out more here.

Please note: The value of investments can fall as well as rise and you may not get back what you originally invested. 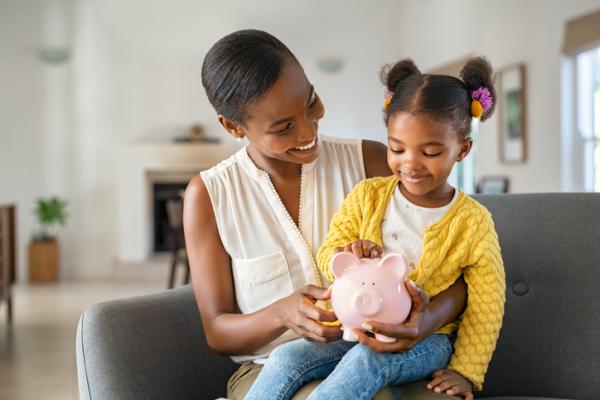