Why are the different types of inflation important?

It feels like you can't turn on the news or open an article without seeing the word ‘Inflation’ at the moment. But what is it? What are the different measures and why is it so important to understand how it is affecting you?

Inflation is a measure of how prices of goods and services are changing, and it can have a big impact on people’s household finances. Each month, the Office for National Statistics (ONS) publishes its latest UK annual inflation rate, which measures the change in the price of regularly purchased products compared with the same time in the previous year.

What is Headline Inflation?

The most common type of inflation that we are quoted through the news is Headline Inflation. The current headline measure of inflation in the UK is the Consumer Price Index (CPI). This shows the changing cost of a basket of goods and services for a representative household, where weights attached to each individual item reflect the share in total expenditure. Additions to this ‘basket’ in 2022 included Sports Bras, pet collars, antibacterial wipes and meat free sausage with the removal of men’s suits and doughnuts reflecting how our lifestyles change. It is our most comprehensive measure of what consumers are paying. In recent months, the annual rate of CPI inflation has been at its highest in 40 years. In September 2022, the CPI was 10.1% higher than twelve months previously. In essence, the cost of your ‘average’ shopping trip has been steadily increasing in price - and it will now cost 10% more to buy the same goods compared to last year.

With the cost of food and energy seeing so much volatility in the current year, the prices of these items can often ‘skew’ the larger headline inflation rate. As such, core inflation is used to assess the underlying inflationary pressures in the economy. It acknowledges that in the short run, headline inflation rates may be driven by temporary supply shocks, or other effects that do not have a lasting impact and as such, there may be less imperative for policy makers such as the Bank of England, to respond.

What is Core Inflation?

Core Inflation, at it's core, is the change in prices of services and goods in line with changes in markets. Interest in core inflation measures typically increase during periods of high inflation volatility. However, we must consider that core inflation excludes or down weights items that are typically volatile but are important to the public, such as energy and food prices, it can consequently sometimes be seen as unrepresentative. Therefore, although core inflation measures may provide a useful insight into inflation developments, it is also worth considering how the figures have been created and exercising care when looking at what the figures show us.

Central Banks tend to give core inflation more attention, this is because its components are more affected by wage growth rather than commodity prices and so the Central Banks have more control over it. While the effects of squeezed consumer spending, due to higher mortgage costs, certainly has an impact on inflation, the bulk of the mechanism is through the labour market – higher interest rates cause firms to lower investment spending and business expansion and in the worst case go bust, leading to lower economy wide employment and therefore lower aggregate consumer demand and thus less inflation.

Why the interest in interest rates?

Interest rates are one way in which central banks attempt to reduce demand-driven inflation. By increasing interest rates this will mean higher borrowing and mortgage costs, which in turn, reduces the amount we  can spend and as such results in a fall in consumer demand. Up until July 2022 alone, we have seen over 50 countries increase interest rates, a record high at the time and clearly shows that inflation is affecting the entire world.

Who do higher interest rates affect?

In general, people who spend more of their money than the average on food, energy, cars or other household items are now suffering the highest increases in personal inflation rates. Personal inflation rates differ between households and by much more than you might think. A student will typically spend less on energy and will not drive a car, so when compared to a retired couple living in a suburb town house who have a number of foreign holidays, it will be no surprise to see that the latter will be suffering from a higher personal inflation level.

But it is not just the spenders who need to err on the side of caution, savers and pensioners are now drastically looking at alternative ways in which to make the pennies stretch. Pension holders with fixed levels of income are now able to purchase less due to their income having less buying power. Their needs remain the same but the cost of servicing them is ever increasing. Savers, although enjoying some of the best savings rates we’ve seen in many years, still see their money actually falling in value in real terms as the interest rates offered by banks and building societies fall short when compared to the levels of inflation.

As our calculator below shows, if you leave your cash sitting in your current account, with inflation at the level it is today, it will be rapidly eroded. The spending power of a deposit of £50,000 left in a current account earning no interest, would reduce to just £45,413 in real terms after a year if inflation were to remain it its current level of 10.1%.

Even if you moved that cash into the best paying easy access account paying 2.81%, while it will erode a little slower, after a year the spending power of that £50,000 would still have reduced to £46,689.

If you’re concerned about how the current levels of inflation may be affecting your financial future, why not get in touch and speak to our expert advisers to see if we can help. We’re off everyone with £100,000 or more in savings, investments and pensions a free review worth £500. 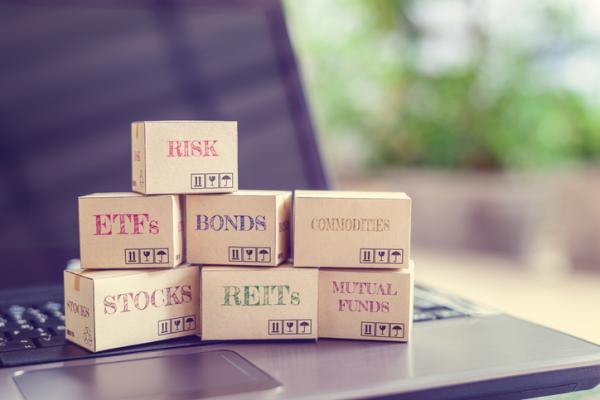