A new report from the Office of National Statistics (ONS) shows a worrying pensions wealth inequality with data from between 2018 and 2020 highlighting the top 10% of pension savers holding more private pension wealth (64%) than the rest of the population combined. The bottom half of pensions savers hold less than 1% in total.

What the latest ONS data shows

The report showed that unsurprisingly age and accumulated wealth are a big factor in the disparity between the groups, with older individuals generally possessing more wealth than younger people.

Education and the way they made a living also factored into pension wealth, with positive correlations found between those who studied at university, those who already have significant wealth, and those in the public sector due to their healthy pension schemes.

Even accounting for this, the gap between pension values is more significant than expected. The average or median pension wealth for the top 10% was £637,500, while the bottom 30% shockingly had an average pension value of £0.

The new figures show a disturbing disparity and an uneven distribution of pension wealth amongst UK savers. Clearly, more needs to be done to balance this ticking time bomb.

Why is pension wealth inequality growing?

The ONS data revealed that the most common reason for those not saving into a pension was due to low income, with 54% of savers reporting that they fell into this category. This splits the country down the middle, with half of savers having poor pension prospects purely because they don’t make enough income to feel they can justify any pension payments.

On top of this, the rising cost of living, as outlined in our article on flexi-retirement is adversely affecting those who earn less. When funds are tight and people are struggling to pay their basic bills, people start looking for more extreme ways to save money. One of those short-term solutions is to reduce or even stop pension payments.

However, this short-term solution is seriously detrimental to savers in the long run.

Roger Clarke, Partner and Financial Planner at TPO says “With inflation soaring to levels not seen in decades, savers are going to need healthy pension provisions to potentially keep pace if they have any chance of comfortable living when they retire. With people finding it difficult to justify pensions payments against their ever-increasing basic bills, the possibility of a generation of retirees living below the poverty line becomes a real possibility”

"With people finding it difficult to justify pensions payments against their ever-increasing basic bills, the possibility of a generation of retirees living below the poverty line becomes a real possibility”

Roger Clarke continues “Pension wealth inequality in the UK is a serious issue with wide-reaching implications. The Government must take the necessary steps to increase financial literacy and make financial advice more accessible or we risk walking into a much bigger crisis.”

No matter what your income looks like, managing your pension carefully is essential to ensuring a financially secure future for yourself and your family.

If you want to find out more about how to manage your pension to ensure it stays healthy for your retirement, why not give us a call on 0333 323 9065 or book a free non-committal initial consultation with one of our chartered advisers to find out how can help you manage your finances.

Note: This article is for general information only, does not constitute individual advice and should not be used to inform financial decisions. A pension is a form of investment. Investment returns are not guaranteed, and you may get back less than originally invested; past performance is not a guide to future returns. 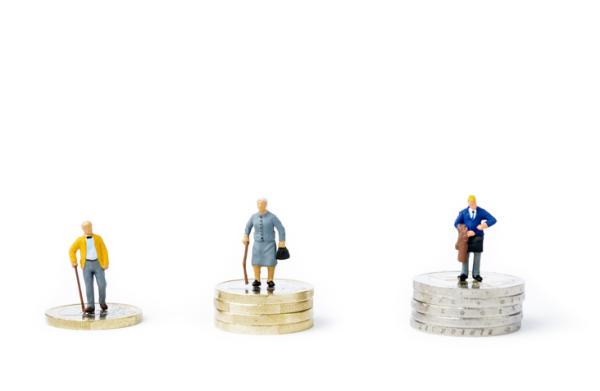