Under new proposals drawn up by The Financial Conduct Authority (FCA) in a consultation paper released in November, personal pension providers would be required to send investors inflationary warnings if they hold larger amounts of cash in their pension funds. The FCA has recently released a series of proposals aimed at reforming providers of financial advice and tightening regulations. One part of these proposals includes a new scrutiny towards the personal pension market.

A more detailed breakdown of the FCA’s most recent proposals can be found in our article on the FCA’s 2025 plans here.

What do these proposals hope to achieve?

With the new tighter regulations, the aim is to make providers do more to help unadvised customers make more responsible and sensible investment decisions with their pension funds. With an estimated 125,000 people opening non-workplace pensions every year without professional financial advice, the FCA is hoping to ensure these people have access to the right resources to make the most informed decisions. As these schemes are often used by consumers wanting to supplement their workplace pension schemes or consolidate existing pension pots, the FCA has deemed it important that pensions providers warn investors of the increasing inflation risks associated with holding too much cash.

Specifically, providers of both individual and self-invested personal pensions (SIPPs)will be expected to warn those consumers who have more than 25% of their personal pension assets invested in cash, for more than six months, of potential risks such as inflation.

Alongside this, under the proposals providers will also be required to offer a default professionally designed investment solution to those opening personal pensions accounts without advice.

The FCA said in its consultation paper on the new rules: “Our proposals for cash warnings are to warn consumers invested in cash that their pension savings are at risk of being eroded by inflation.”

“We want to prompt these consumers to consider investing in growth assets, since the cumulative effect of being invested in cash can mean a much smaller pension pot at retirement.”

Specifically, the FCA identified that individuals opening non-workplace pensions without the help of an adviser were either “leaving large amounts of their pensions pot in cash” or finding it “difficult to identify appropriate investments.”

For further reading about how to properly invest your pension pot, take a look at our pensions overview page for a comprehensive breakdown.

As the market increases, so does the need for support

The number of non-advised sales in the non-workplace pensions market has recently seen a dramatic increase. Data collected by the FCA show that sales of non-advised pensions has increased from an average of 8% of all pensions purchased between 1988 and 2012, to 28% between 2012 and 2017, and in 2019 some 35% of new sales on non-workplace pensions were made without advice. The FCA’s new regulations come primarily in a response to this rapidly rising figure.

The FCA has also taken interest in self-invested personal pensions (SIPPs), which are similarly on the rise. According to the FCA, as many as 50% of new sales for less complex, streamlined SIPPs were “non-advised”. The FCA aims to ensure as many of these sales and investment decisions on the part of consumers are as well informed as they can be and that due warning for any potential risks, such as inflation changes, are disclosed well in advance.

Ultimately, the FCA is striving to help investors get the best possible outcomes for their investments while staying as financially secure as possible. Here at TPO, we understand the importance of responsible investing, especially when it comes to your pension.

Whether you’re one of the 125,000 people the FCA identified as opening non-workplace pensions without professional advice, or simply want to learn more about how to invest your money for a safe and comfortable financial future give us a call on 0333 323 9065 or book a free non-committal initial consultation with a member of our team.

Please Note: The value of your investments can fall as well as rise and is not guaranteed. 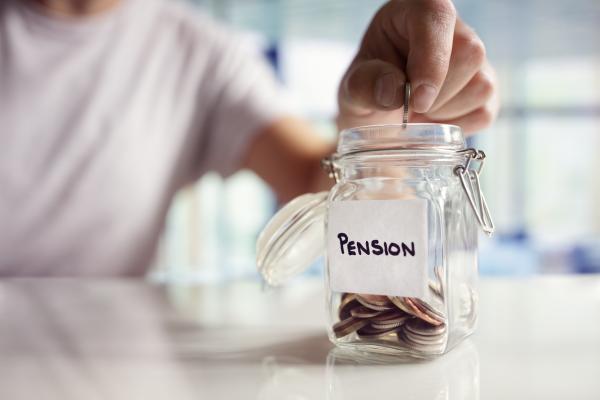