‘No gain no loss’ window extended for divorcing couples

On July 21, the Government announced that from 6th April 2023, divorcing couples and separating civil partners will have up to three tax years during which they can transfer assets between each other without incurring Capital Gains Tax (CGT).

Legislation will now be introduced in Finance Bill 2022-23 that will provide that separating spouses or civil partners be given:

Currently, the period of time during which divorcing couples can exchange assets freely, or the ‘no gain no loss’ window, only lasts until the end of the same tax year in which the couple has separated.  However, following the announcement of new draft legislation, this is due to be extended.

The new draft legislation was in response to an Office of Tax Simplification report which recommended that married couples and civil partners should be allowed at least two tax years to transfer their assets without being hit by Capital Gains Tax. The new legislation will form part of the 2022-23 Finance Bill.

Capital Gains Tax (CGT) is a tax you pay on the profit of an asset that you sell that has increased in value. Not everything is subject to Capital Gains Tax but those that are include any property excluding your main home, any possessions worth £6,000 or more, any shares outside of an ISA or a pension and any business assets, as an example. Of the value that you gain when you sell, only the profit is taxed. For example, if you purchased a second property for £300,000 and later sold it for £400,000 you would only be taxed on the gain of £100,000. It is important to note that everyone has a tax-free CGT allowance each tax year and you do not have to pay any tax on profits made before reaching the extent of this allowance.  The current allowance for all individuals, including children, is £12,300 and a maximum of £6,150 for trusts – these figures are frozen until 2026. Currently, the transferring of assets between separating couples is exempt from Capital Gains Tax only until the end of the same tax year that they separated.

For further information about Capital Gains Tax, take a look at our CGT Guide.

With the current ‘no gain no loss’ window only lasting until the end of the tax year, it’s believed this creates an “artificial pressure” on separating married couples and civil partners as it places an arbitrary time limit on what is already a very stressful and exhausting time.

The end of tax year time limit was also thought to be unfair as it was not adjusted to reflect when in the tax year the married couple or civil partnership began divorce proceedings. Note, it is the tax year of separation that is the relevant time period.

For example, a couple entering proceedings at the start of the tax year would have a 12 month ‘no gain no loss’ window, while a couple who entered their proceedings later in the year would have as little as one month or less to transfer all their assets to avoid a tax charge. This puts a great deal of strain on some couples for factors that are essentially outside their control.

The new legislation will allow a period of three tax years – a year longer than was originally proposed. The extra time this will give over the current end of tax year system, should reduce pressure on separating couples, giving them the time that they need to focus on disclosure, negotiations and / or court proceedings without having to stress about a looming additional Capital Gains Tax bill within a tight time limit.

Divorce is often a complicated and stressful time for all parties involved. On average, divorce proceedings in England and Wales take 4-6 months. If you or someone you know is thinking about or currently going through a divorce, engaging a financial adviser as early as possible can be the best way to ensure  the most financially beneficial and tax efficient outcome as possible.

If you want to find out more, why not give us a call on 0333 323 9065 or book a free non-committal initial consultation with one of our chartered advisers to find out how they can help.

Please note: that the Financial Conduct Authority (FCA) does not regulate estate planning, tax or trust advice. The information contained within this article is for information only and does not constitute advice which should be sought before taking any action or inaction. 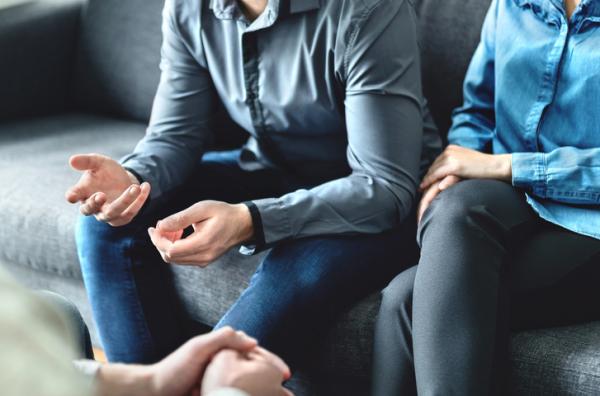