Myths and misconceptions about the lifetime allowance

The lifetime allowance was once seen as a tax on the wealthy, but with changes and freezing of allowances more and more people could be exposed to this potentially hefty tax charge without realising it. But what is the lifetime allowance, who could it affect and why do you need to know about it before it’s too late to act?

There are many myths and misconceptions about the lifetime allowance as the world of pensions is a confusing place. We’ve listed out just a few of these to help and guide you if you think you could be affected. And with a potential tax charge of up to 55%, it is wise not to ignore.

What is the lifetime allowance?

On the 6th of April 2006 the UK Government introduced some major changes to personal and company pension rules in an attempt to simplify pensions and the way they were taxed. This date became known as 'A-Day'.
One of the changes included a limit on how much you could pay into your pension plan each year and receive tax relief – an annual allowance.

In both cases it is possible to exceed these allowances but there are tax consequences for doing so.

In this article we will be exploring the myths surrounding the lifetime allowance, but you can find out more about the Annual Allowance here.

Top myths and misconceptions about the lifetime allowance

Is lifetime allowance just for the wealthy?

However, a pressing need to increase the flow of money into the government coffers, to fund central government spending on things like the NHS and education, has seen the lifetime allowance (amongst other tax allowances) being frozen at its current level of £1,073,100 until at least 5 April 2026.

Even those earning what might seem like modest incomes could find themselves with a lifetime allowance tax charge issue, depending on when they started their pension and the type of pension schemes they hold. It is definitely now more of a common concern for a lot of individuals in public sector jobs such as those in the Civil Service, Police Force, and NHS who have been working for a number of years, and therefore have built up substantial pension provision in what are now rarer, older final salary schemes.

Long-term pension savers who have been saving into personal pensions such as SIPPs (Self-Invested Personal Pensions) are also facing a potential excess lifetime allowance charge due to a combination of strong investment returns and, in some cases, pension contributions from their employer which have matched their own contributions.

How do I value my pension benefits?

To calculate the total value of any defined benefit final salary pension schemes, to test against the lifetime allowance, you normally multiply your expected annual pension by 20, and add the amount of tax-free cash lump sum. For example, if you are due to receive an annual pension of £25,000 and a £35,000 tax free lump sum. The total value to be tested against the lifetime allowance is £535,000 (20 x £25,000 + £35,000).

If you have a personal pension arrangement it is simply the value of your pension plan on the day you draw benefits.

More and more people are now approaching financial advisers to seek advice to find the most tax efficient route forward with tackling the lifetime allowance and retirement planning.

Does the lifetime allowance only affect those approaching retirement?

Another myth surrounding the lifetime allowance is that it tends to only be a concern for people approaching retirement, but that’s not always the case. If your pensions enjoy good investment performance over a period of time, combined with the power of compound growth, you could be nearing the current lifetime allowance cap of £1,073,100 sooner than you think.

For example, a 30 year old with a pension fund value of £250,000 who decides not to invest anything more into their pension over their working life, but receives an annual investment growth rate of 6%, would have a pension fund value of £1,185,089.85 by age 56, and a possible lifetime allowance issue should the government continue to freeze the lifetime allowance at its current level. The reality, however, is that at this age, assuming inflation running at the government target of 2%, the lifetime allowance would be £1,795,744.98 in 2048, but it gives you some idea of how you could easily be affected.

Do you pay the lifetime allowance charge as soon as you breach the limit?

This benefit could be a tax-free lump sum or an income payment; the technical term used to describe taking benefits from your pension for the first time is ‘crystallising’.

If you are a member of a defined contribution pension plan and have chosen to take an income directly from your invested funds (have accessed your benefits flexibly through a drawdown facility) any growth on your pension fund will also be tested against the lifetime allowance on your 75th birthday.

Broadly speaking, if you are a member of a defined contribution pension plan the value of your plan is the value which is assessed. If you are a member of a defined benefit pension scheme the basis of valuation is different as you do not have a ‘pension pot’ but instead receive a guaranteed pension income, part of which can often be exchanged for a tax free lump sum. For defined benefit pension scheme members, as mentioned above, the valuation is based on a multiple of the pension income you will receive plus your tax free lump sum (if applicable).

You are liable to pay a 55% lifetime allowance charge if the full excess amount is taken as a cash lump sum. A 25% lifetime allowance charge is applied to the excess fund if you decide to leave the excess fund in your pension pot to be drawn upon at a later stage to provide an income, but bear in mind, if taken as an income you will also have to factor in income tax on top of this, at your marginal rate.

How to protect your lifetime allowance.

The government first introduced lifetime allowance protection back in April 2006 to help people who were affected by the introduction of these new rules to protect the value of their pension pots. You had to meet certain conditions to be eligible to apply for one of the protection options available.

You can still apply for either Fixed Protection 16 or Individual Protection 2016 if you are eligible.

Fixed Protection 16 provides you with a personal lifetime allowance of £1.25 million but you can only apply if you have not built up any pension benefits since 5 April 2016.

If you have built up pension benefits since 5 April 2016 but your pension pot was valued at more than £1 million on 5 April 2016 you can still apply for Individual Protection 2016. This allows individuals to protect their lifetime allowance at the total value of their pensions as at 5 April 2016, with the caveat that the pensions must have been valued at least £1,000,000 and the maximum protection available is £1.25 million.

You can read more about Individual Protection 2016 in our article here.

Is lifetime allowance a limit that should never be breached?

Finally, a misconception with the lifetime allowance is it is viewed by most as a hard stop that you should try to never breach, but this is not always the case. Individuals should first look at their own objectives for retirement, their wider planning with regards to their family, and ask themselves what is more important; achieving their lifestyle goals and ambitions, or just keeping within the colouring lines of the lifetime allowance. That is why speaking with a financial adviser sooner rather than later is advisable, to plan ahead and get you on the way to where you want to be.

If you’re concerned about how the lifetime allowance may affect you and your retirement plans, why not get in touch and speak to one of our advisers for a FREE initial review of your circumstances. 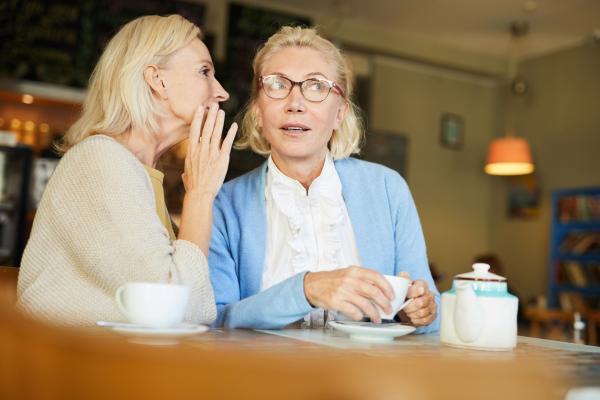